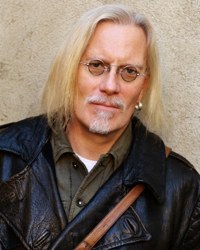 We’re proud to announce that renowned scholar and activist Professor Peter McLaren will be a keynote speaker at the 2013 Pedagogy and Theatre of the Oppressed Conference. McLaren has made innumerable contributions to the field of pedagogy and social justice, and we are proud that he will be joining us in June at  Miami University in Oxford, OH. For more about the conference, please visit the PTO Conference Page or email conference@ptoweb.org.

Professor Peter McLaren is a renowned scholar and activist who is considered a major representative of social justice education and critical pedagogy worldwide. His writings have been translated into more than twenty languages. He is the recipient of the Inaugural Paulo Freire and Social Justice Award from Chapman University, The Central New York Peace Studies Consortium Lifetime Achievement Award in Peace Studies, the First Annual Social Justice and Upstander Ethics in Education Award presented by the Department of Education, Antioch University, Los Angeles, the Paulo Freire International Social Justice Award presented by the Paulo Freire Research Center, Finland, The Ann-Kristine Pearson Award in Education and Economy presented by The University of Toronto’s Center for the Study of Education and Work, and the Paulo Freire Distinguished Scholar Award, presented  at American Education Research Association Annual Convention, Denver, 2010.

He was recently awarded the title of Honorary Chair Professor at Northeast Normal University in Northeast China. Professor McLaren was also recently inducted as an American Educational Research Association (AERA) Fellow, Class of 2012, an award presented for Professor McLaren’s “outstanding career achievement across the themes of educational studies, social and economic justice.” This past year Professor McLaren was also chosen as the inaugural recipient of the Social and Economic Justice in Public Education Award presented by the Marxian Analysis of Society, Schools and Education SIG of the American Education Research Association.

McLaren is the author and editor of nearly 50 books and hundreds of professional publications on education and social justice. He received his Ph.D. in education from the University of Toronto, Canada, and has also received three honorary doctorates. Instituto McLaren de Pedagogia Critica y Educacion Popular, an organization that offers courses, degrees and training in popular education in Ensenada Mexico has been named in his honor. Professor McLaren lectures worldwide. He is currently Professor in the Graduate School of Education and Information Studies, University of California, Los Angeles.